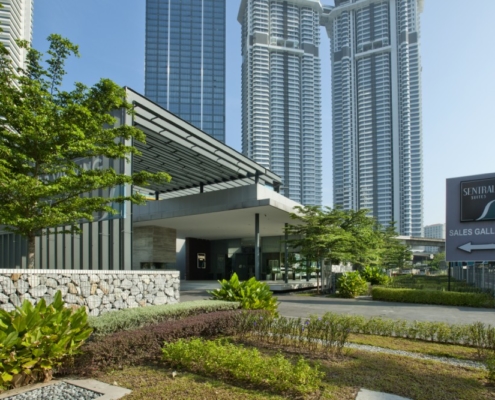 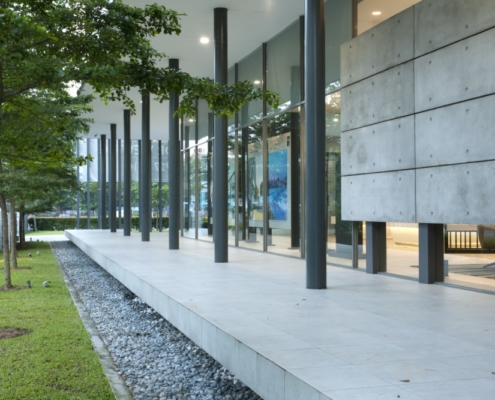 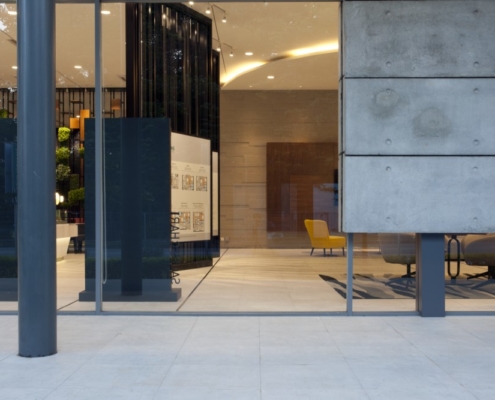 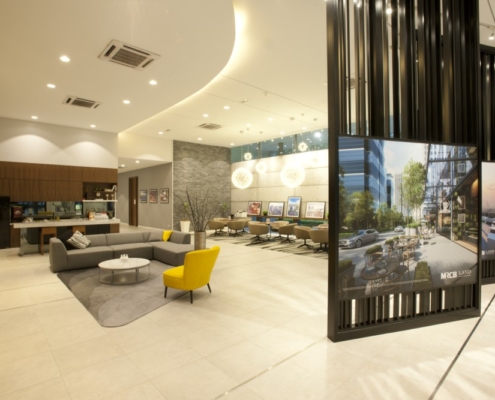 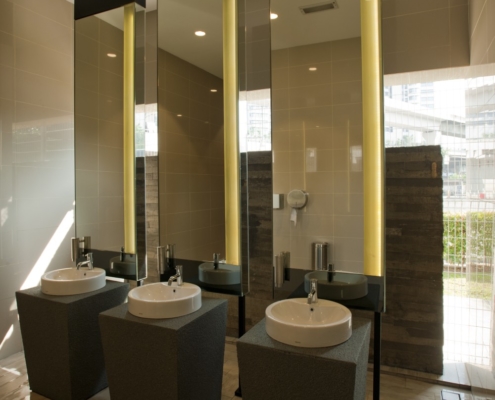 Commissioned by MRCB, RSP’s design for the gallery explores and redefines the typology of a gallery. The designed space strives to yield a holistic experience within the architectural form that incorporates with the bulk of a gallery space and a flexible space that could possibly house variety type of products by MRCB in one time.

The site is located at the fringe of KL Sentral, on a narrow triangular site fronting Jalan Tun Sambanthan where the old railway warehouses used to be.

Taking cues from one of the greatest pavilion built, The Barcelona Pavilion by Ludwig Mies van der Rohe, it stretches its horizontal presence along the busy road with newly developed high rises as the background. Conceptually, the idea is to float the mass above ground (carrying the poetic where the building does minimal impact to the site) and defined the spaces by vertical and horizontal planes. Beyond the playful horizontal and vertical planes, the space is made up of two components, one being the ‘introduction’ (gallery space) and two, the ‘content’ (flexible space). 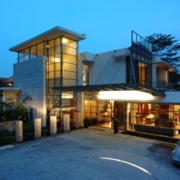